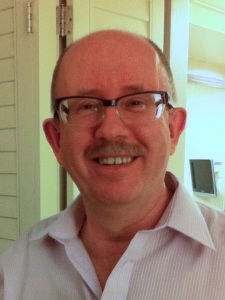 I recently had an email from Don McAllister who runs an online video podcast called ScreenCastsOnline. Don makes weekly video tutorials about Apple products, and he’s just started adding subtitles to them. It’s pretty rare to hear about online videos having subtitles added to them so I’m giving Don a plug to encourage more people to do the same.

Don makes his living producing a 30 minute video tutorial each week demonstrating and explaining how people can use and get the most out of their Mac computers, iPads and iPhones. His subscribers get the new weekly show pushed to them automatically each week via iTunes.

Don wrote a post about including subtitles here: http://themacscreencastguy.squarespace.com/blog/2011/9/2/new-accessibility-feature-for-screencastsonline.html

To see how it looks, here’s an example page: http://www.screencastsonline.com/tutorials_files/SCO0313-timeline3d.php

I asked Don a few questions about his work.

What are your video podcasts about, and how long have you been making them?

I’ve been creating the videos since 2005, initially as a hobby but I was one of the first podcasters to go full time back in 2006, and I’ve been creating the weekly tutorials ever since then. As well as creating the weekly videos, I also appear on a number of very popular US and UK Mac podcasts and have carved out a bit of a position as a Mac pundit. I’m also fortunate enough to travel over to the US a couple of times a year as a speaker or participant in a number of Mac conferences. I also do the occasional Mac based cruise (!) as a speaker and have cruised round the Med, China, South Korea, Japan and just this year South America and the Falklands. We’re off to Australia next year.

Who are the podcasts aimed at?

Basically anyone who uses an Apple Mac or is considering switching the the Apple Mac. I also cover some iPhone and iPad related topics and I’m planning on increasing these in the near future. They are aimed at a wide skill range, from complete newbies to experienced Mac users. The Apple ecosystem is changing so rapidly everybody can keep up to date with the latest developments and the latest and greatest hardware and software. I cover Apple software, including the operating system as well as their flagship software such as iLife, iWork, Aperture, etc. I also cover the best in the ever increasing library of third party software too.

What made you start subtitling your videos?

It just seems a natural progression of the service. I hope the subtitles will help viewers with hearing difficulties but also they will help non-native english speaking viewers too. ScreenCastsOnline is distributed throughout the globe and I have viewers all over the world!  They may form the basis for multi language subtitles in the future, but for now, I’m sticking with just the English subtitles.

How do you add the subtitles?

* Firstly I send the audio of the video off to get transcribed.
* The service I use can process the audio and return the text transcript within 24 hours.
* Once I have the text transcript, I do some checking and summarising on the text file.
* Then I load it into an application (MovieCaptioner) that allows you to insert the timecode into the text file whilst you are watching the video. It also allows you to correct or move the text around to bets fit in with the speech.
* Once the timecode in embedded, I export the captions in a standard subtitle format file.
* This then gets embedded into the video file and it’s ready for distribution.
There’s lots of checking during the process too!

So it’s fairly labour intensive but my wife works with me in the business so she will be taking over most of the subtitle production moving forward.

Would you like to get a few more deaf subscribers?

Well I can’t deny that it would be nice! My efforts aren’t completely altruistic and yes, it would be great to get more members, but I have to say, it does feel good to know that a large part of the community can now access a weekly video tutorial to help them get the most out of their Mac, iPad or iPhone. After all, Apple have got a great record on accessibility and have made great strides in making their devices accessible. This is just my little contribution!

What’s next for you?

Don’s offering any deafies who might be interested a 50% discount off the initial joining fee, making it $28.50 (£18.03 plus VAT for UK). You can sign up at this page: http://www.screencastsonline.com/extra At the end of the sign up process, just use the coupon code SUBSPECIAL50. If you do sign up, let me know how you get on.